I am not mad.  I am not bitter. I am rejuvenated.

He was a good man, for a while.  He saw himself bigger than what the Reality Show displayed.  He misunderstood who you were.  You thought you knew who he was.  You agreed in silence to the lies. He was never interested in your truth only wanted to hear himself.  He had nothing to say.

He wasn't a grown man, he was a disillusioned man looking for someone less them he.  Well, I guess he found it for the moment...that is until they see as well.

D-Place
Los Angeles, California, United States
You'll find out about me soon enough and make your own assumptions. 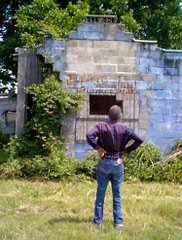 D Brothas in Bizness 4 Themselves